Canada is one of the preferred study abroad destinations in the world. Many international students choose to study in Canada for several reasons.

For many students, the main reasons are the quality of education and the value of a Canadian diploma.

Sometimes it is hard to get accepted into Canadian universities due to the high level of competition. However, some universities might have very high acceptance rates.

List of Canadian Universities with the Highest Acceptance Rates

Toronto School of Management is an excellent business school located in Toronto, Canada. This school offers various learning methods such as online and in-person classes.

In addition, they have great co-op opportunities for students as well. Students can learn Business Management, Data Analytics, Marketing, and other fields. 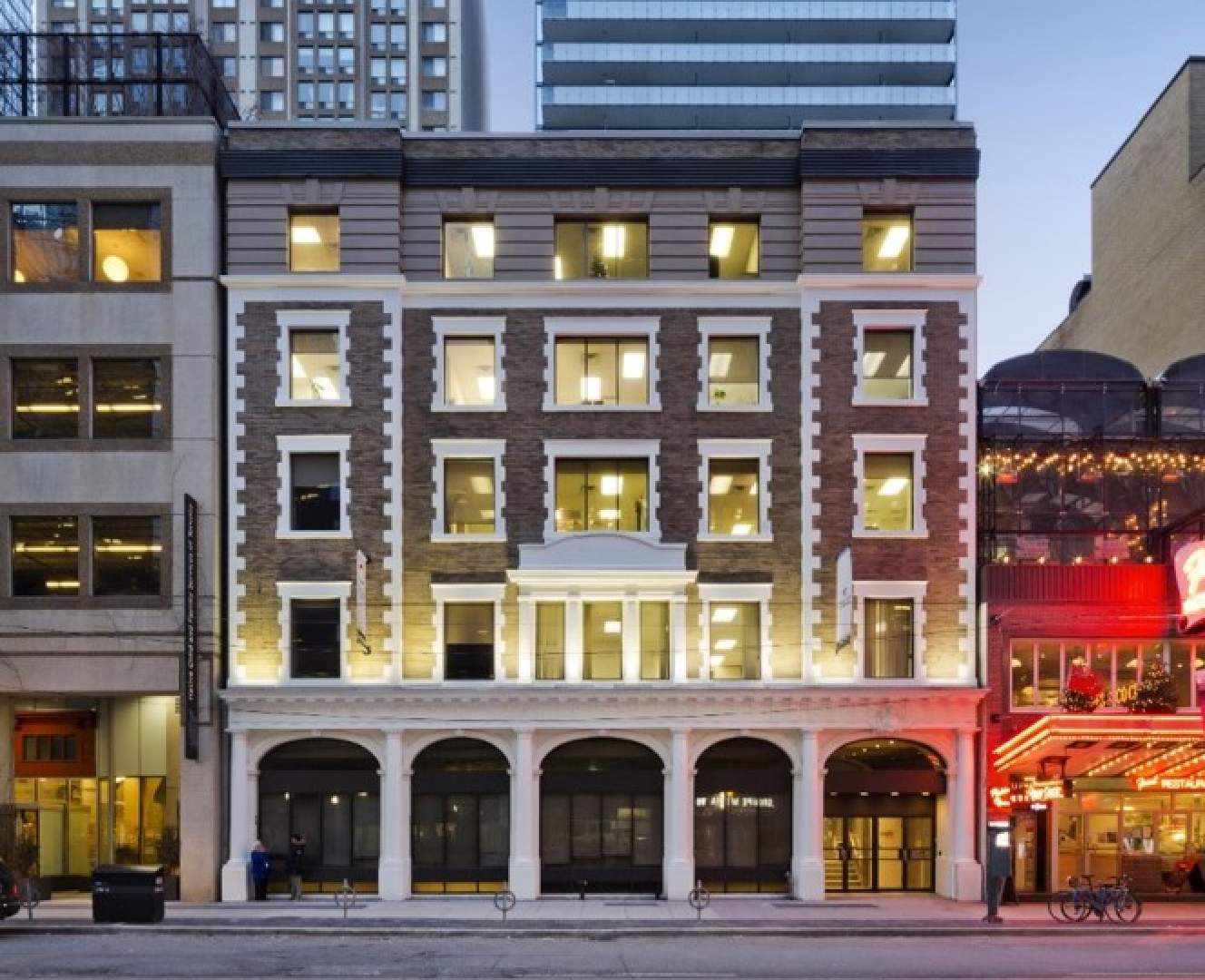 Wilfrid Laurier University was founded in 1911 and named after Canada’s 7th prime minister. Being part of the Laurier community means striving to build knowledge in service to society.

It is Ontario’s most sustainable campus and it now has a student population of 19,500 and a selection of over 100 courses, taught in what they call ‘active learning classrooms’.

Lakehead University was established in 1965 and now has three campuses in Thunder Bay, Orillia, and Ontario.

With the high acceptance rate at 83%, you will likely be accepted if you apply to this university.

Lakehead centers its education on the learner, recognizing that each of its over 8,600 students have the potential to be a valued leader of the future.

Lakehead U is a proud home to the only business school in northern Ontario that is internationally accredited.

It also has the Bora Laskin Faculty of Law, the first law program in the country that integrated licensing into its curriculum.

Ryerson University, founded in 1948, is a Toronto-based university that houses the Ted Rogers School of Management, the largest undergrad business school in the country.

RyeU has over a hundred programs and has grown to over 45,000 students. Since Ryerson is located in the heart of Toronto’s downtown area, it has easily roped in partnerships with public spaces and businesses close by.

These collaborations led to the construction of four significant buildings for the Toronto community:

Established in 1964, the University of Guelph is a public research university in Ontario, known for its exceptional programs in the arts and sciences.

It has a population of over 29,500 students attending their Guelph, Toronto and Ridgetown campuses.

U of G’s first priority is life-improving research. Their academic community is always in active pursuit of solutions and knowledge towards sustainable living and the protection and rehabilitation of the eco-system.

Some of its academic breakthroughs include scientifically proving the presence of water on Mars and the Barcode of Life project, a tool for species identification.

Université de Montréal is a French-language university that was founded in 1878 as a satellite campus of Université Laval.

UdeM, found on Mount Royal’s northern slope, is home to over 67,400 students and 600 excellent academic programs. This Canadian university is also popular because of its very high acceptance rate.

Notable alumni include the current Canadian prime minister Justin Trudeau’s father, Pierre Trudeau, who once served as the 15th prime minister of Canada himself. 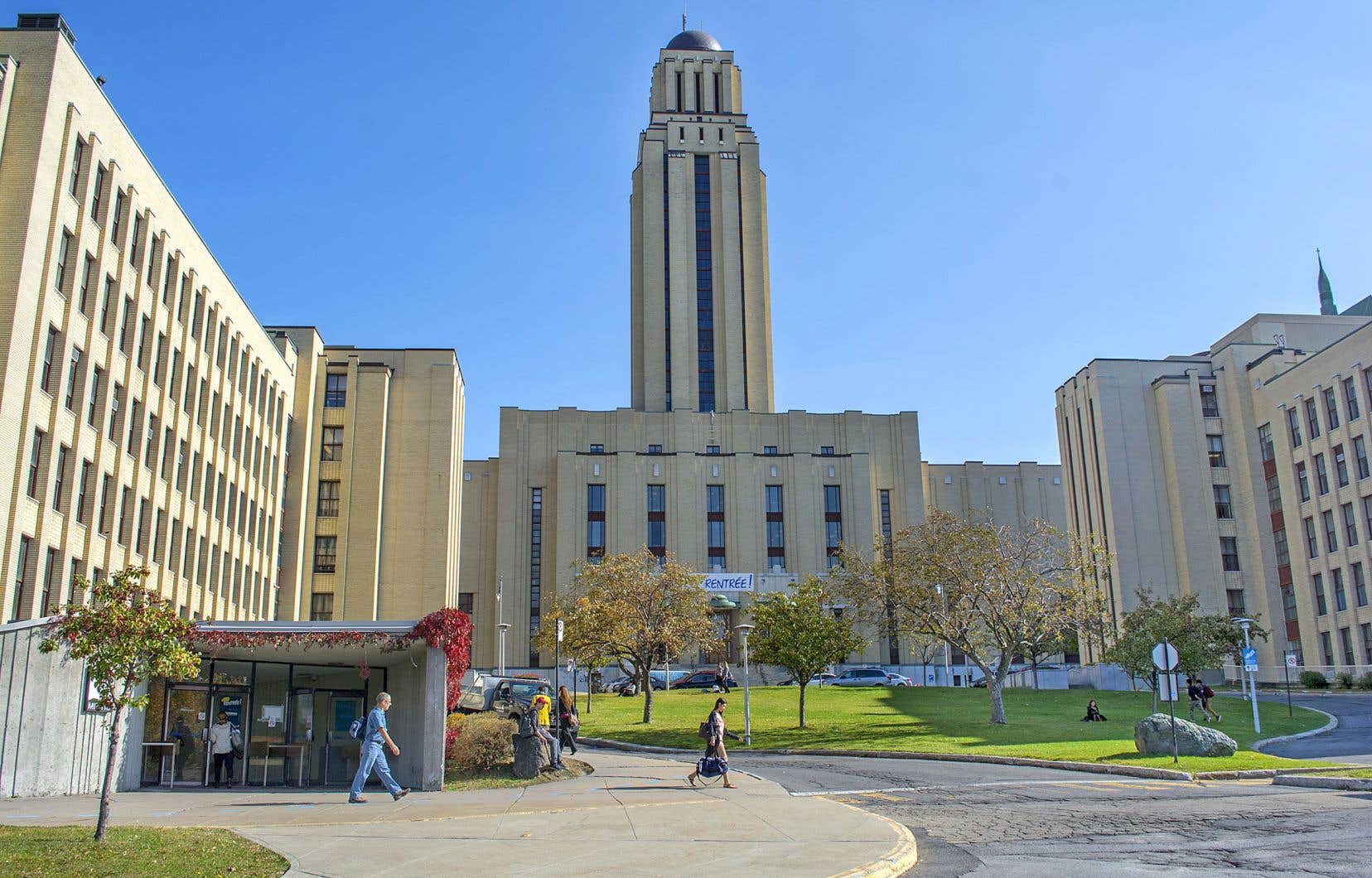 Concordia University, a Canadian university that accepts a high percentage of students, is one of the three universities in the heritage mine of Quebec that has English as its main language of instruction.

In 1974, it was established through a merger of Loyola College and Sir George Williams University.

Concordia aims to put Montreal on the map by being a constant provider of creative solutions and positive impact.

It is now putting up its best efforts in rising up the national rankings, currently 22 among all Canadian institutions.

It was founded in 1925 to commemorate those who served and sacrificed their lives in the First World War.

Memorial University, or MUN as it’s also called, has rounded up 18,000 students with its 100 degree programs, making MUN one of the largest universities found in Atlantic Canada.

It should also be noted that Memorial University of Newfoundland’s flagship course is Marine and Ocean Engineering, their program ranking 38th globally.

University of Saskatchewan is a reputable institution that has been around since 1907.

This university with high acceptance rate is found at the heart of Saskatoon and belongs to Canada’s U15, an elite group of the nation’s top research-intensive universities.

University of Saskatchewan currently has a student population of 27,500 and churns out determined, resourceful graduates ready to spearhead local and global change.

They house the Oakes Red Bear Student Centre which acts as an intercultural hub encouraging the integration of Indigenous culture in the campus.

USask is also recognized for its globally relevant research in water resource and food security.

Carleton University, known as Canada’s Capital University, was established in 1942 as support to the veterans of World War 2.

It can be found in the capital of Ottawa, beside the magnificent Rideau Canal, a UNESCO World Heritage Site.

Over 31,200 students attend the university in hopes of becoming forward-thinking professionals. The athletic teams at Carleton are called the Ravens.

They are most known for their formidable men’s basketball team who have won 14 championships since 2003.

The University of New Brunswick was founded in 1785 and holds the reputation of being one of the universities in Canada with high acceptance rates.

Its two main campuses can be found in Fredericton and Saint John.

The University of Brunswick is currently the most entrepreneurial university in Canada, attracting over 11,400 students with its 75 degree programs. 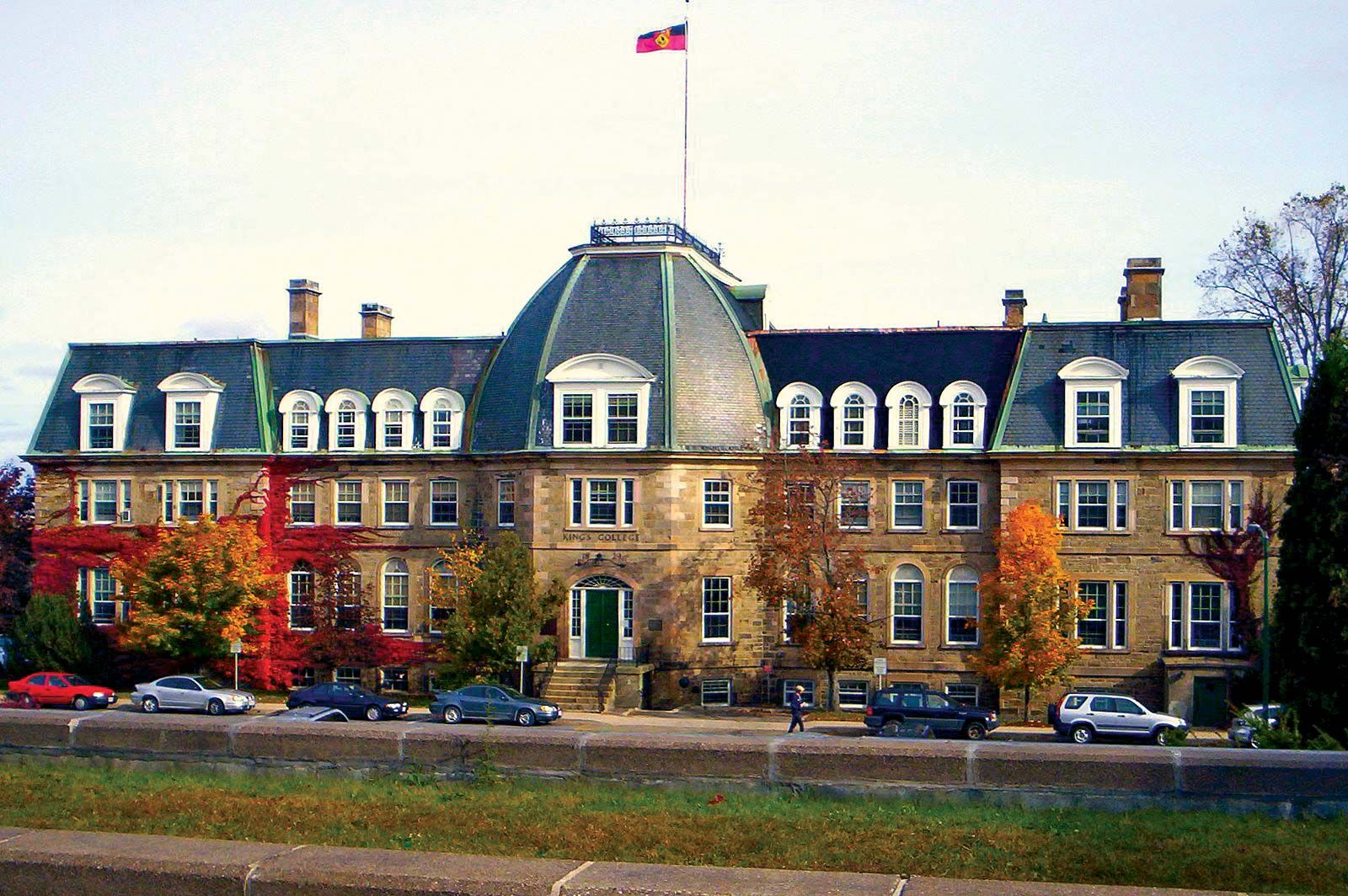 The University of British Columbia, established in 1908, is a worldwide leader in education and research and it steadily ranks in the top 20 public universities in the world.

It has a total student population of almost 65,000 and 26.5% of them are international students, making it the most international university in North America.

The Vancouver campus, located 25 minutes away from the downtown area, offers a cool West Coast vibe.

With a culture that molds bold, curious thinkers quick to take the initiative, you are sure to unlock all your potential.

Found in the center of Canada’s hub for technology, the University of Waterloo has become a worldwide network of interdisciplinary communities, industries, and institutions that all have the goal of creating meaningful global impact.

Waterloo’s excellent academic programs, faculty, and research pursuits have attracted Canada’s cream of the crop since 1957.

It’s in its 11th consecutive year of ranking first as the most Comprehensive Research University in the nation while also holding the title of being Canada’s most innovative university for the past 27 years.

Waterloo’s top programs are Computer Science, which is the best in the country, and Engineering which ranks second.

Set in the culturally diverse city of Montreal, Quebec, is McGill University. It was granted a royal charter in 1821 and is now one of Canada’s most prestigious research universities.

McGill has over 40,000 students in total, composed of the best and brightest minds in Canada and around the world.

Being part of the McGill community means a culture of history, character, and excellence.

Ernest Rutherford conducted his breakthrough research on radioactivity at McGill which later on won him a Nobel Prize.

If you’re into Star Trek you’ll be ecstatic to know that William Shatner is an alumni of McGill. Fan of the late crooner Leonard Cohen?

Guess what! He’s a McGill graduate too. Stand on the shoulders of giants and create your own legacy at McGill.

Simon Fraser University was established in 1965. Its three campuses can be found in the Vancouver, Burnaby, and Surrey municipalities of British Columbia, Canada. SFU’s main aim is to stay Canada’s top community-engaged research university.

Being one of the younger universities on the globe, Times Higher Education has listed Simon Fraser University into the 100 world universities under 50.

In 2015, they attained formal accreditation from the Northwest Commission on Colleges and Universities.

Now, SFU has grown to a population of 30,000 students who can choose from over a hundred degree programs. SFU is also the lone Canadian university competing in the NCAA.

Their athletic teams are known as the Clan.

McMaster University is a research-centered university and is renowned for its DeGroote School of Medicine.

The university was established in 1887 and its 300-acre main campus can be found in Hamilton, Ontario, right in between Niagara Falls and the city of Toronto.

McMaster has consistently made it into the top 100 universities in the world and it currently caters to the education of over 31,000 students.

The McMaster Nuclear Reactor and the largest fitness center nationwide are among the other things that McMaster has of note. 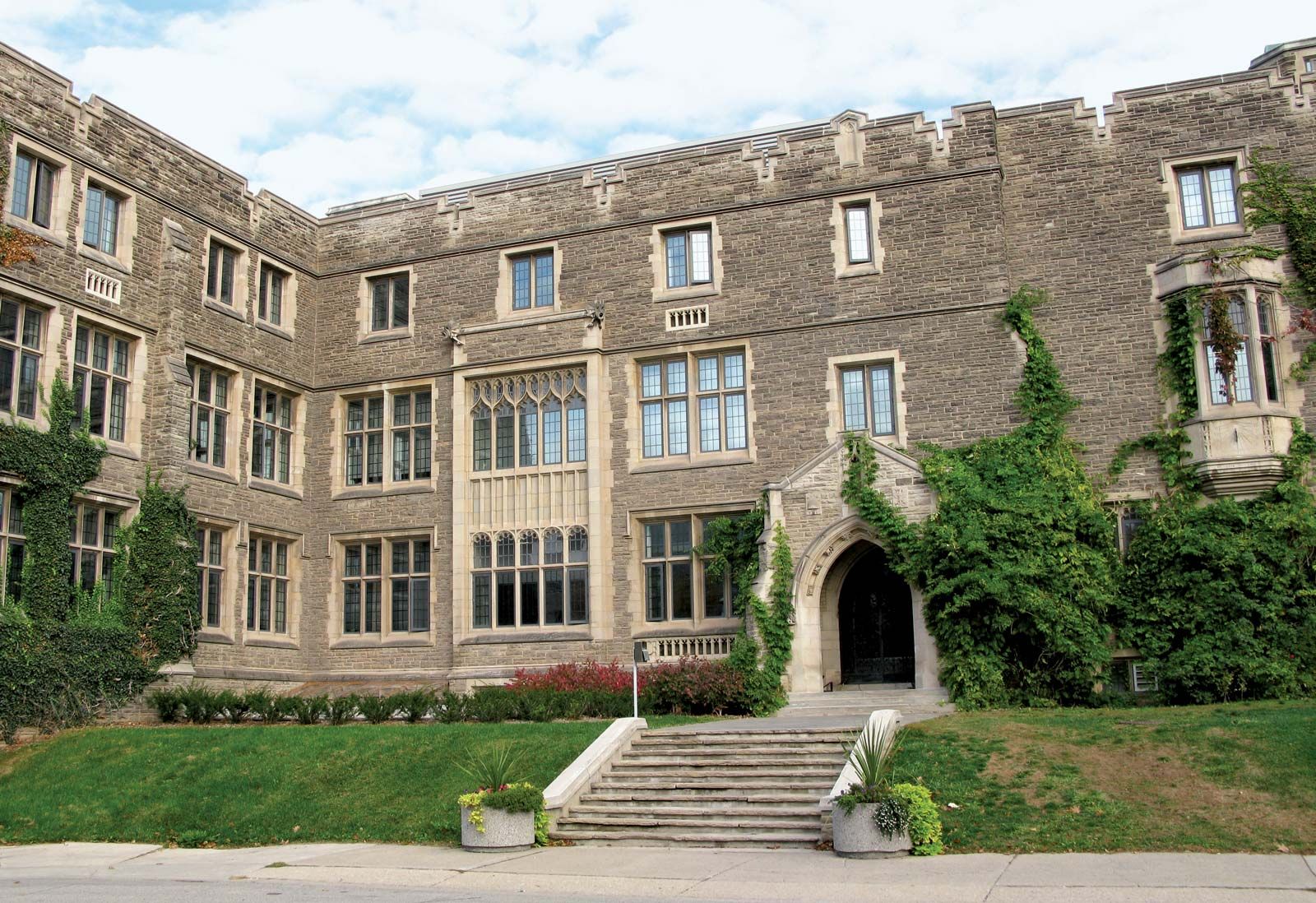 Next on our list of universities with high acceptance rates is Dalhousie University, It was founded over 200 years ago, in 1818. Its campuses can be found in Halifax and Truro, Nova Scotia.

At present, Dal (as it is fondly called) has a selection of over 180 degree programs and more than 19,000 students from across the world.

They put utmost importance on sustainability, integrating it in everything they do.

Dalhousie’s goal is to make a relevant impact on Canada’s East Coast, achieving this by combining breakthrough research with interactive academic programs.

Established in 1908, the University of Alberta is a public research university in Edmonton that has amassed to a student population of 40,000.

They have over 380 undergraduate and 500 graduate programs to choose from. It currently ranks within the top 5 universities in Canada and belongs to the top 100 worldwide.

U of A plays a big impact on Alberta’s economy, bringing in a massive $12.3 billion per year.

Found in a major city in the northernmost part of the world, you can say U of A is top-tier in every sense, from education, research, and involvement in the community.

Hailing from Canada’s West Coast is the University of Victoria, a top-ranked comprehensive research university in British Columbia.

Founded in 1903, the University of Victoria now stands on the traditional territory of the respectfully acknowledged Lekwungen-speaking peoples.

UVic is part of the top 1% of universities worldwide for scientific impact and it ranks among the highest in the country.

The university currently houses 21,800 students and its most recognized degrees are in English language and literature, earth and marine sciences, geography, and law and philosophy.

Students are gifted with the UVic Edge, a collective effort that only the University of Victoria can offer through dynamic learning, impactful research, and a dynamic academic environment.

The results are creative graduates, world-shapers who push for a more sustainable and healthier society.

Set in the majestic city of the UNESCO World Heritage Site, Quebec is Université Laval, a Canadian university with a high acceptance rate.

Queen Victoria issued a royal charter in 1852 for its founding, the very act of which was then designated into a National Historic Event in 1972.

LU has a rich history, being the first French-language university in North America, and it continues to actively preserve the French presence and culture in the continent. 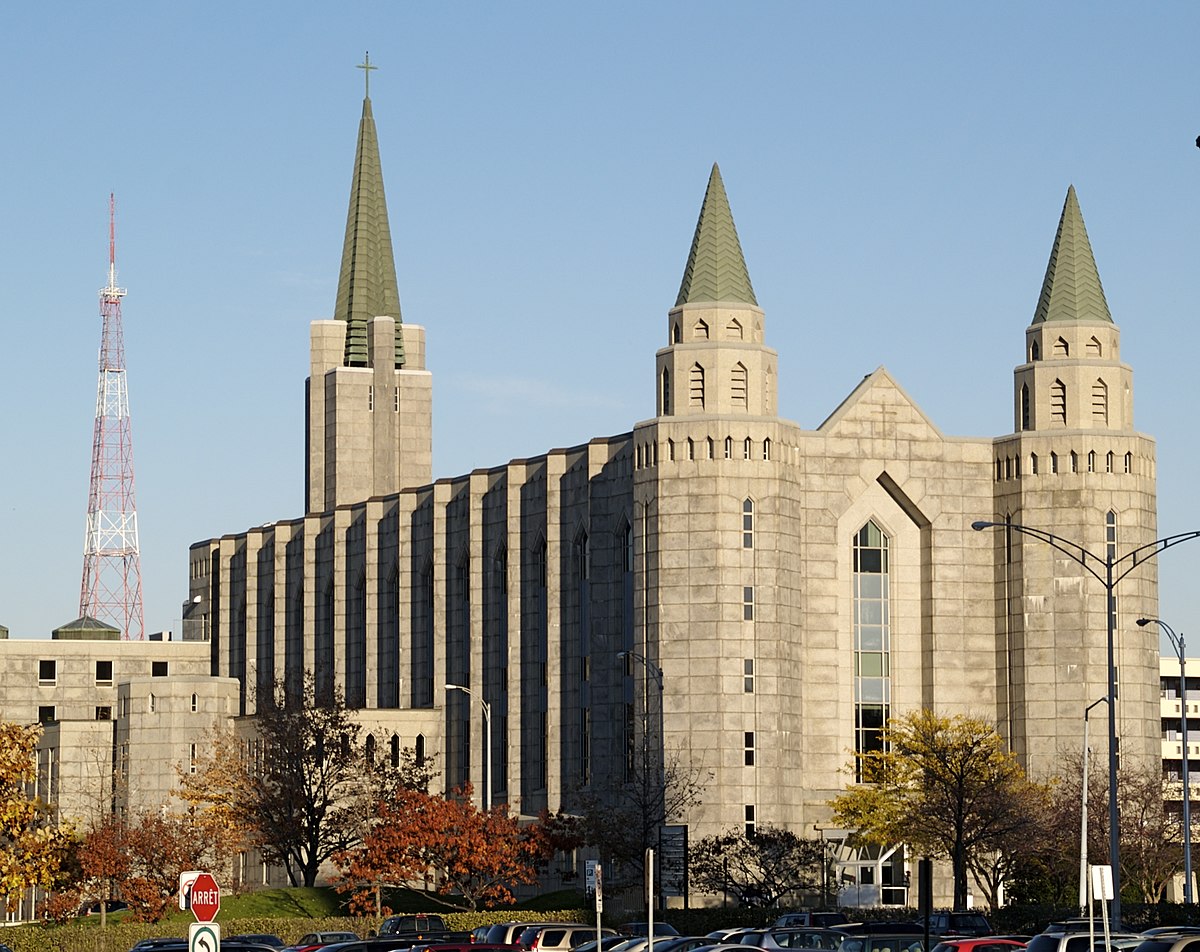 The application procedure to enroll at a university in Canada is almost the same.

To help you study and work in Canada, we have prepared an explanation of the step-by-step application procedure for Canadian Universities:

In theory, you can do everything on your own. Yet, the cost of even a small mistake at any stage may cost you a placement. If you are not sure, we are always here to help you!

Prepare your documents in advance to ease the application process

Before applying to any university in Canada, you need to prepare your documents in advance.

To prove that you meet all requirements of the program and university, you need to send a set of supporting documents to the university’s admission office.

Search for the checklist for your program and start preparing the documents. You should follow the checklist as your application can be rejected if you do not meet any of the requirements.

However, you have to be careful as requirements may change from university to university.

In the next paragraph, you will see a detailed checklist that many undergraduate and postgraduate international students use to study in Canada:

Be sure to check out:

Apply for Fully-Funded Government of Turkey Scholarships, 2023
2 days ago