It can be frustrating for students to find out they didn’t meet up with a school’s requirement after choosing the school as their choice of study. So, we have compiled all the accredited list of courses of  Benue State University, Makurdi  (BSUM) as well as their admission requirements.

Nonetheless, before going into the crux of today’s topic, I would like to share with you the some basic information about BSUM that you are supposed to know. 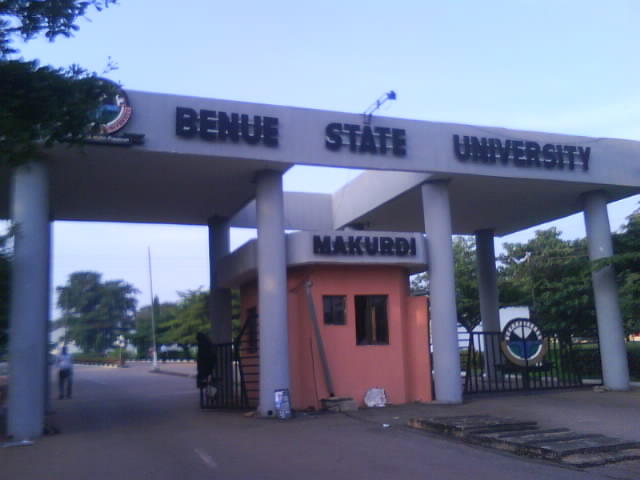 Benue State University is a state-owned university in Makurdi, Benue State, Nigeria. In 2006, student enrollment was over 19,000 served by 7 faculties, 23 departments. The university offers undergraduate and postgraduate programs with a catalog of over 58 graduate programs across 9 colleges/faculties. It is accredited by the National Universities Commission. The current Vice-chancellor of Benue State University is Professor Msugh Moses Kembe who took over from Professor Charity Angya on November 5, 2015.

Departments under this faculty include:

Below is a list of areas of specialization under the department:

A minimum of five (5) credit passes in relevant O’ level subjects at WAEC (Tech), NTC/NBC and any of Teachers grade II (TC II) or Federal Craft Training Certificate. This result must be obtained at not more than two sittings to include English Language, Mathematics, Physics and Chemistry

Candidates applying via Direct Entry into 200 level must have obtained at least an upper credit in ND from any recognized institution, or merit in IJMB, NCE, or ‘A’ Level subjects in addition to credit passes in relevant O’ level subjects.

Preliminary (Pre-Degree) candidates must be from Benue State University only. Such must have at least a ‘C’ grade in English Language, Physics, Mathematics or Chemistry. A pass in Technical drawing is a must for those in Technical Education option.

THE DEPARTMENT OF CURRICULUM AND TEACHING

This department in conjunction with other Departments in the University offers ten programmes. These are:

Applicants for B. A. Ed. (English) must have obtained a pass of GCE O’ level or its equivalent in Mathematics and English Literature.

Applicants for B. Ed Integrated Science must have a pass in Mathematics at GCE O’ level or its equivalent.

Applicants for B.Sc. Ed (in Biology, Physics, Chemistry, or Mathematics) must have a credit pass at GCE O’ level or its equivalent in Mathematics and other relevant subjects

Note: A credit pass at GCE O’ level or its equivalent is required in English Language for all applicants into any of the courses (Direct or UTME entry)

Two NCE major passes in relevant subjects in addition to O’ level credit passes in three other subjects with at least a pass in Mathematics at SSCE/GCE, TC II merit or its equivalent.
A merit pass in a relevant Diploma programme of any recognized institution of higher learning. This is in addition to credit passes at GCE O’ level requirements and at least a pass in O’ level Mathematics

Applicants via direct entry with two ‘A’ level passes or NCE (Upper Credit) in History, Government and any other related subject are eligible

Candidates with a diploma in International Affairs/Strategic Studies, Nigerian Cultural Studies, or any other related discipline at the Upper Credit are eligible

Candidates must have obtained five ‘O’ level credits to include Government or History.

Programmes under this department include:

FOR A 4-YEAR DEGREE PROGRAMME

Candidates who wish to apply for this category must have five credits to include the English language, at the SSCE, NECO or its equivalent. This result must be obtained in not more than two sittings in addition to meeting the requirements of the University in UME examination.

FOR A 3-YEAR DEGREE PROGRAMME

Candidates who wish to be admitted for this category must possess the following qualifications;

Theatre Arts department runs a four-year degree programme. Candidates who wish to apply to the department must possess five credit passes at Senior Secondary or General Certificate of Education or its equivalent which must include English Language and Literature in English. In addition to this, candidates are required to meet the cut off marks for the UTME examination as determined by the University.

Candidates seeking admission through Direct Entry must possess five credit passes with three of these being Advanced Level. These passes will not be counted at both levels of the examinations

Candidates who have obtained credits in three O’ level subjects to include English Language and Literature-in-English at the SSCE and GCE examinations and who also have a Diploma in Theatre Arts with the following results are eligible:

A distinction, an upper credit or a lower credit pass from Benue State University or any other recognized institution of higher learning

NOTE: Candidates with Diploma in Theatre Arts may be admitted without a pass in O’ Level Literature-in-English.

List Of Universities In Nigeria That Offer Mehanical Engineering

Applicants via direct entry must possess:

Note that in both cases above, no subject is counted at both levels of the examination. English language, Economics and Mathematics are also mandatory

Note: No subject is counted at both levels of the examination in both cases above

Department of Biological Science– This department offers four-degree programs, which are:

Candidates seeking admission via UTME into the 4 years degree programme in the Department must have obtained a minimum of:

Candidates are required to have passes in at least two A’ level subjects or its equivalent to include one relevant subject related to Biology such as Biology, Botany or Zoology. Chemistry is also required.

Candidates with NCE, IJMB and Advanced level certificates in relevant biology subjects in addition to acceptable direct entry points are also eligible for admission into 200 level.

DEPARTMENT OF MATHEMATICS AND COMPUTER SCIENCE

DEPARTMENTS UNDER THE FACULTY OF SOCIAL SCIENCE ARE:

CANDIDATES WHO WISH TO APPLY TO THE DEPARTMENT OF ECONOMICS MUST POSSESS FIVE CREDIT PASSES TO INCLUDE ECONOMICS, MATHEMATICS AND THREE OTHER SOCIAL SCIENCE SUBJECTS

CREDIT PASSES IN ENGLISH AND FOUR OTHER ART SUBJECTS

The Department of Psychology requires at least a pass in Biology and Mathematics at the Ordinary Level. Health Science is also acceptable in place of Biology.

Direct Entry, G.C.E. A’ Level and Diploma in relevant fields to Psychology, in addition to meeting O’ Level requirement are also acceptable.

2 A’ level passes in Chemistry and any one of Zoology, Chemistry, Botany, or any other science subject

Departments under the College of Health Sciences include:

Five credit passes in Mathematics, Chemistry, Physics, Biology and any other science subject

Four Departments under the Faculty of Law are:

5 O’ level credit passes to include Mathematics, English language and Literature in English