Beyond the best-known cities, there are smaller cities, but with a lot of charm, which can be perfect to live and study for a while. These smaller places are usually much cheaper than the big cities like Toronto or Vancouver.

Would you like to know which are some of the cheapest destinations in Canada? Here we have prepared a list for you. They are some of our favorite cities to study and live in because they have a lot to offer, and because the cost of living is lower. Are you ready?

The cheapest cities in Canada.

1.Winnipeg
This city is the capital of the province of Manitoba and is located in southern Canada, right in the middle of the country. Within the big Canadian cities, Winnipeg is one of the cheapest and with the best quality of life . It is a very multicultural city and many compare it to Toronto, although on a smaller scale.

Prices in Winnipeg are generally lower, and that doesn’t just show in rental prices. Expenses for electricity, monthly food purchases, entertainment and transportation are also lower, so you won’t spend much.

Rental cost: a room, in a normal area, is about $800 CAD (Canadian dollars).
Monthly cost of living: between $1,700 and $2,000.
In short, the cost of living in Winnipeg is one of the cheapest in Canada, making it one of the best places to live and save a little. In addition, it is a very green, welcoming city and has numerous music festivals.

2. Montréal
Montreal is one of the largest and most important cities in Canada. It is located in the province of Quebec and was the economic capital of the country until 1970, when Toronto managed to take the position away from it. Now, it is considered the cultural capital of Canada.

Despite being one of the most populous cities in Canada, Montreal is much cheaper than Toronto or Vancouver . Both supermarkets and household supplies are cheaper. Public transport is also cheaper and everything is very well connected. You can use the metro, the bus or the bicycle service. The monthly transportation pass is $85 and the weekly bike fee is $10 CAD.

Rental cost: in a normal area of ​​the city, a room costs around $875.
Monthly cost of living: approximately between $1,800 and $2,300.
So, Montreal can be a perfect destination for its cultural richness and also for its gastronomic variety. In Montreal you will find restaurants of all kinds, amazing food trucks and colorful markets. If you like good food and you are a true foodie, in this city you can enjoy good food at a very good price. And the best thing about Montreal is that it is a university city, with a young and multicultural atmosphere, where you will be able to speak English and French .

The Best Banks for Non-Residents in the US

The 10 UK Universities that Accepts the Most International Students

5 Top Reasons for Refusal of Students Visa in the UK

3.Kelowna
Kelowna is in the east of the country, in the province of British Columbia (BC). It is a quiet city located in a privileged area next to the Okanagan Lake. It has a slightly warmer climate than other areas of BC, so fruit and vegetable crops abound. And, within the cheapest cities in Canada, it is also one of our favorite destinations.

The cost of living is similar to that of Winnipeg and public transportation is one of the cheapest aspects of the city. And since it is a somewhat agricultural area, the cost of fruits and vegetables is less high. In addition, you can find local and organic products at a very good price.

Rental cost: for a room, in this case in the center of the city, you pay about $850.
Monthly Cost of Living: Approximately $1,800 to $2,500 per month, depending a bit on your lifestyle.
Kelowna can be your city because it is affordable, has a different nature and gastronomic diversity . And if you like wine, this is the ideal place, because the wine industry is one of the most important in the country. And, although the winters are a bit cold, we assure you that the summers are wonderful.

4.Calgary
The city of Calgary is in the province of Alberta, just over an hour’s drive from the famous Rocky Mountains . It is a cosmopolitan city that has had enormous growth in recent years, based, in large part, on the oil industry. It is also known by the nickname of Cowtown, due to the influence received from western culture and which is still present thanks to events such as the Calgary Stampede , a rodeo and cattle culture festival.

Calgary is the third largest city in Canada and compared to Toronto and Vancouver, living in this city is actually more affordable . In addition, education and health are among the best in the country, and public transport is excellent. The monthly transport subscription is cheaper than in the main cities, it costs $109. 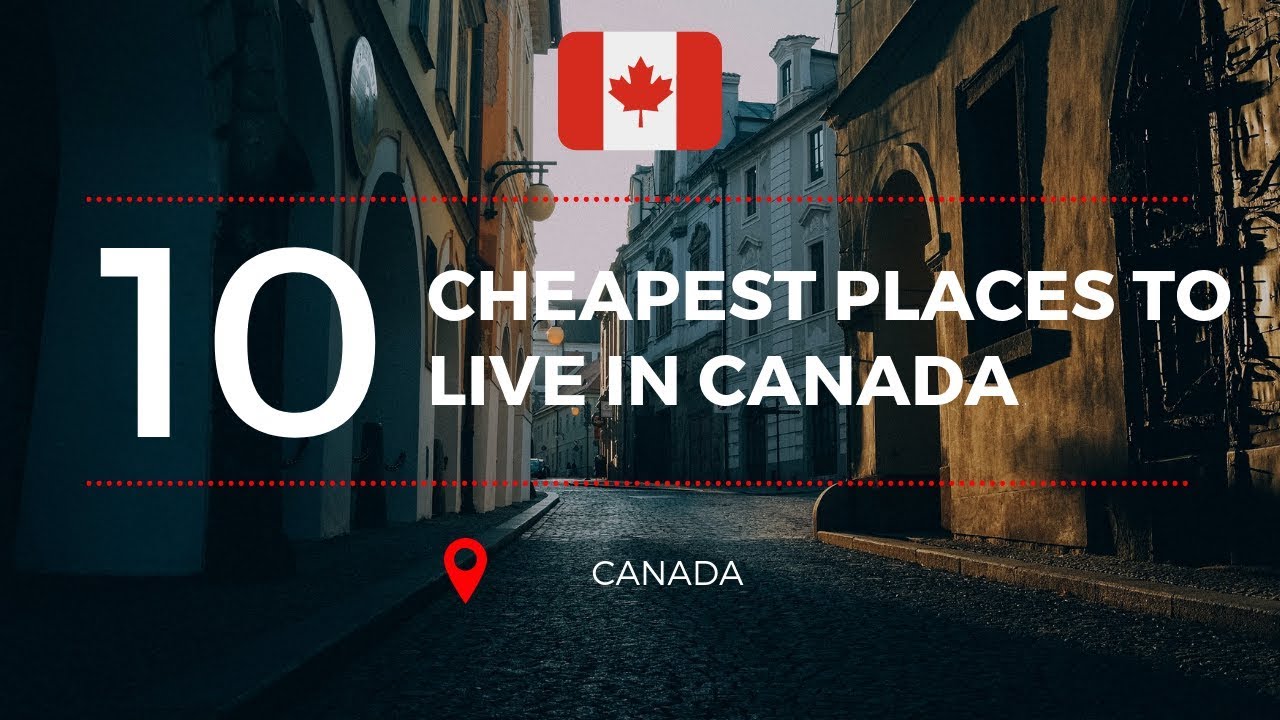 Rental cost: in a normal area of ​​the city, about $950 CAD (Canadian dollars).
Monthly cost of living: between $1,900 and $2,500.
Calgary has restaurants, parks to enjoy the outdoors and you can go shopping at any time of the year, even in the snowy season. The city has a system of bridges between buildings that allow citizens to go shopping without having to step outside in winter. And the best? You can go whenever you want Banff or Jasper, because the impressive Rocky Mountains are very close.

5.Mississauga
Located on the shores of Lake Ontario, right next to Toronto, it is the sixth most populous city in Canada. It offers many activities and job opportunities, as well as a wide range of schools to study . But its main advantage, compared to its neighboring city, is that its cost of living is much cheaper. 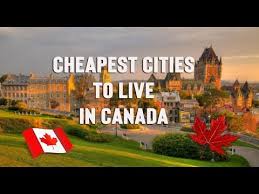 Mississauga has everything you could possibly need and a great quality of life, but you will surely spend less than neighboring Toronto , with which it is super well connected. You can play all kinds of sports during the year, but if you like to go to the gym, you can find gyms for $35 a month. The monthly pass for public transportation is about $98. So, with these prices you can get an idea of ​​how accessible this city is for your budget.

Rental cost: a room in the city center is about $1,150 CAD per month, outside the center it can go down to $900.
Monthly cost of living: between 2,300 and 2,800$ CAD, depending on your lifestyle.
If Toronto caught your eye, but seems too expensive, Mississauga is the perfect destination! You will have the same facilities, city lifestyle and you will be able to practice all kinds of sports.