Exchange Rates: A Guide for Anyone Sending Money. 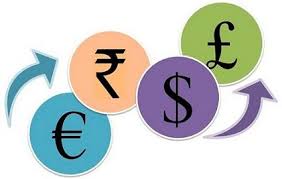 Do you want to know how exchange rates work? This exchange rates; a guide for anyone sending money will help you understand them.
What is an exchange rate?
An exchange rate refers to the value of one currency relative to another. For example, how many Mexican pesos are equal to one US dollar.

An exchange rate is how much of one currency can be bought with another. Exchange rates are also discussed in the context of foreign travel.

How are exchange rates determined?
The foreign exchange market , also known as Forex (abbreviation of the English term Foreign Exchange) or FX, is the global market in which foreign currencies are exchanged for foreign trade and business.

It uses price quotes known as currency pairs to compare different currencies, which financial institutions and traders then buy and sell. As it is a currency conversion centre, it plays an extremely important role in determining exchange rates.

Here is an example of how currency pairs are used to represent exchange rates:

In this example, “USD” represents the US dollar as the base currency, the currency being sold. The second currency, “MXN”, the Mexican peso, is known as the quoted currency.

The number that follows indicates how much of the quoted currency (the peso) is needed to buy one unit of the base currency (the dollar). In this currency pair, one US dollar is equal to 22.16 Mexican pesos. 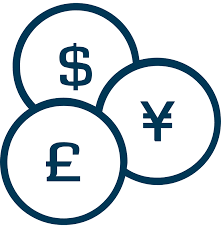 These terms refer to the two ways that currency prices are determined around the world.

What exactly causes changes in the supply and demand for a currency?

Most countries use a floating exchange rate, including the US, UK, Mexico, Germany, and Japan. However, this type of change has more nuances.

For example, some countries use a managed floating exchange rate (or ” dirty float “), in which exchange rates fluctuate based on the foreign exchange market, but may be influenced by a country’s government or central bank.

A managed float is not the same as a fixed exchange rate (or ” clean float “), in which the value of a currency depends solely on market supply and demand. In other words, the government cannot intervene to change its value.

Compared to a floating exchange rate, this exchange rate keeps the value of a currency within a certain range. It is often used to maintain a stable currency.

Historically, much of the world, including the US, used the gold standard , a fixed exchange rate system. To enforce it, countries set a fixed price for gold, and base the value of their currency on that price.

Today, fixed exchange rate systems are not common. Those countries that do use it typically peg the exchange rate to the US dollar . These include Belize, Cuba, Qatar, Hong Kong, and the United Arab Emirates. 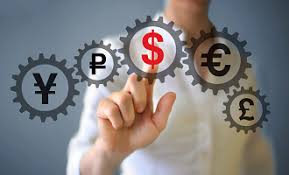 Why have many countries opted for other exchange rates?

Maintaining a fixed exchange rate comes with challenges, such as extreme volatility and reliance on a single currency or asset. For this reason, some countries have adopted certain aspects of floating exchange rates, which has led to the creation of hybrid exchange rate systems.

For example, Singapore pegs its currency to what is known as a “currency basket,” the weighted average of several of the currencies of its major trading partners.

What is the “average exchange rate”?
Also known as the interbank exchange rate, the mid-exchange rate is the midpoint between the bid and ask rates for a currency.

Which is better: a “high” or a “low” exchange rate?
You may have heard the words “high” and “low” used to describe exchange rates, probably in the context of one being better than the other.

But in reality, neither is inherently better than the other. Preferring a high exchange rate over a low one, or vice versa, will depend on how you plan to use a specific currency.

To illustrate the difference between high and low exchange rates, look at these two hypothetical US dollar to Indian rupee exchange rates .

The second rate is considered low, because the US dollar cannot buy as many Indian rupees, five fewer than the first rate.

You should avoid low exchange rates when sending money abroad, because your recipient gets less money than they could have received with a higher exchange rate.

How often do exchange rates fluctuate?
Since bankers and traders buy and sell currencies 24/7 in the forex market, exchange rates always fluctuate. And they don’t just do it once a day, but multiple times.

Because of this, the value of a currency always changes.

There is no single telltale sign that influences this perception of desirability. In fact, several factors reflect the economic health of a country. These include the following:

interest rate
balance of trade
political and economic stability
public debt
Interest rate
The interest rate is the amount that a lender charges for borrowing money, usually expressed as a percentage. In the United States, the Federal Reserve Board meets regularly to discuss the Federal funds rate , or the interest rate used by banks to lend money.

A higher interest rate usually increases a currency’s exchange rate because it attracts foreign investors, which means higher profits for anyone who lends money.

The opposite happens with low interest rates: when an interest rate falls, so does the exchange rate. However, inflation also plays a role. If a country has a high inflation rate, a high interest rate has little effect on the value of its currency.

In other words, the interest rate is not enough, by itself, to raise the value and exchange rate of a currency.

For example, if a country exports more than it imports, the demand for its goods will be much higher. Households that buy imported goods will need foreign currency to pay for them, as will any investor who wants to invest in that foreign country.

Due to this, the demand for your coin will be higher. But if there isn’t much of it in circulation, its value and exchange rate will rise.

On the other hand, if a government overprints its currency , it will have excess supply. This can cause inflation and reduce the value of a country’s currency and exchange rates.

political and economic stability
Politics and economics can affect a country’s exchange rates. Important events are a source of uncertainty for foreign investors and, in turn, negatively influence their behavior.

That’s because investors want to feel very secure about a country, and political and economic instability pose a risk.

But if a country shows signs of growth and economic stability, it will continue to be a highly attractive investment opportunity. More investors will seek out your goods and services, increasing the demand for your currency. As a result, their exchange rates will also increase.

Public debt
The magnitude of a country’s debt can also influence the value and exchange rate of its currency. A large debt may discourage foreign investors, since they may worry that the government will default on its debt. Therefore, they will prefer to invest in another country.

Also, because a large debt affects the value of a currency, it can also cause inflation. As a result, the exchange rate will fall.

This will cause a higher demand for your currency and, as a consequence, a higher exchange rate.
Why do exchange rates matter when sending money abroad?
When you send money abroad, you want as much money as possible to reach the destination country.

A low exchange rate means that your money is converted into fewer units of another country’s currency and, as a result, your recipient receives less money than if you had transferred your money at a high exchange rate.

Unfortunately, it’s not that easy to get the best exchange rate for an international money transfer.

This is because it is difficult to find a bank or money transfer service that uses the average exchange rate. Instead, most providers adjust their exchange rate to be in your favor, as a sort of “fee” for their services.

What does this mean? Even a small difference in the exchange rate could mean the loss of hundreds of dollars, which will benefit the bank or money transfer service.

What is professional insurance in the United States?

Why and how to take out travel insurance in the United States?

What is life insurance in the United States exactly?

What is professional insurance in the United States?

Why and how to take out travel insurance in the United States?

What is life insurance in the United States exactly?