How much does it cost to live in France: Your guide.

France has so many things to recommend it for, from iconic cultural spaces to its world-famous gastronomy and vibrant multicultural society, to name a few. All of that is wonderful, but you have to ask yourself, how much does all of that cost? We will accompany you so that you know the figures of each aspect of life in the country, so that you can plan your budget before relocating to France. 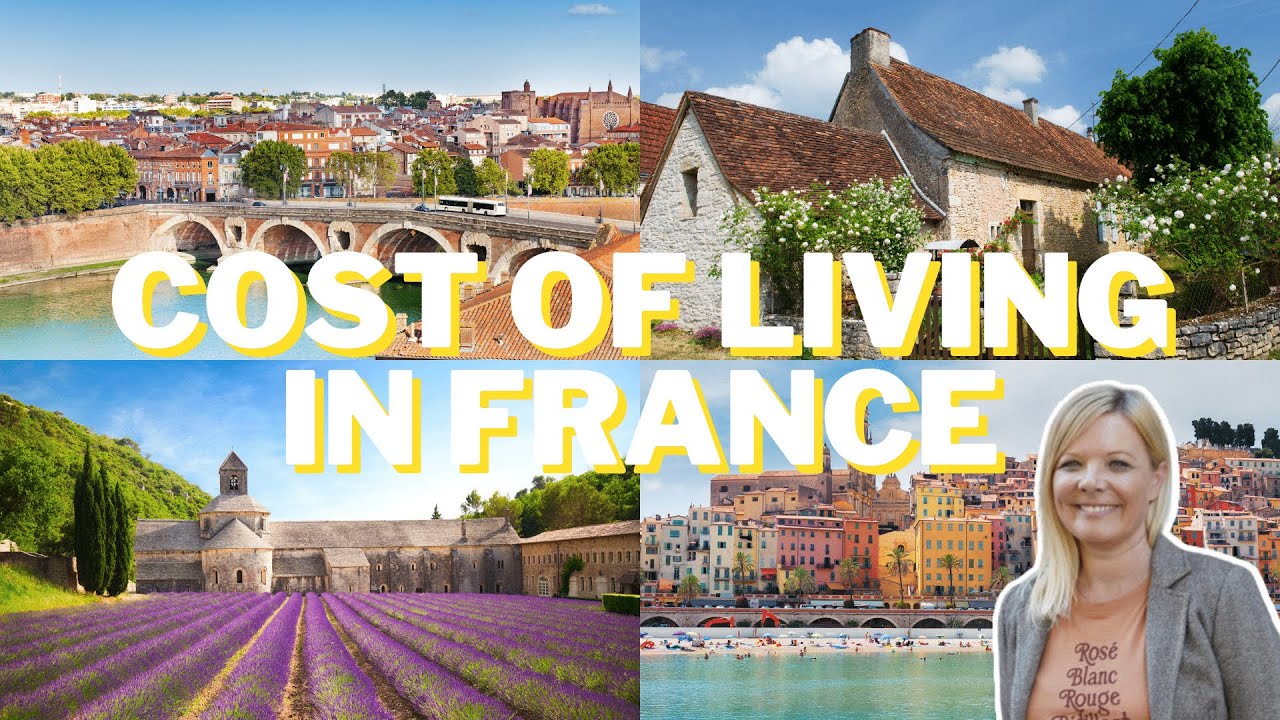 Accommodation
Obviously, something that should be among your top priorities is finding a cheap place to rent in France . The price will depend on the size of the property and where it is located. Paris, being not only the capital of the country but also one of the most coveted cities in the world, carries a price tag to match its reputation. A study by Statista showed that, in 2022, the average rental price per square meter is almost double what one can find in the second largest city, Marseille.

In Paris, you can typically expect to pay anywhere from €850 to €1,500 a month for a studio or one-bedroom apartment. Of course, there are cheaper alternatives if you’re willing to be flexible about neighbourhood and property size. On the other hand, in Marseille you will find a large number of similar apartments that are around €400 and €600 per month. 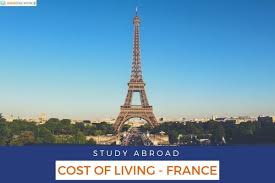 Transport
France prides itself on having a sophisticated public transport network, which makes it easy to get around towns and cities. The cost will depend on where you are and how far you intend to travel. In Paris, a single ticket to travel by bus, tram or metro will cost €1.90. If you live in the capital, you might want to get a Navigo pass that lets you use the transport network as much as you want for €75.20 a month.

Public transport is often cheaper outside of Paris. For example, if you are in Marseille you will pay €1.70 for a single ticket to go by bus, tram or metro. While a monthly pass for unlimited rides only costs €40 per month. Also, do not forget that you could also be entitled to discounts, for example, lower-priced travel passes for students or for those who work in certain fields. If your intention is to drive in France, you will find that petrol is normally priced at €1.80 per litre.

lifestyle costs
There are certain costs that vary considerably depending on your own lifestyle and preferences. For example, the cost of your weekly food products. Large supermarket chains like Carrefour tend to have the lowest prices, compared to more upscale specialty stores. A carton of six eggs could cost around €1.50, a 400g loaf of bread around €1.10 and a kilogram of chicken breast fillets around €6.50. You may want to set aside between €100 and €300 for your monthly food items, depending on your tastes and budget.

If you’re considering going to the gym in France, be sure to shop around and pay special attention to membership levels and welcome offers. At the time of writing this text, the popular chain Neoness has a package of €15 per month that only allows you to use the facilities outside of peak hours. You could also choose a more expensive package, paying €40 for anytime access with some group lessons included.

medical costs
Anyone who makes contributions to social security or who has been living in France for three months or more will be able to access the public health system. It covers some or all of the costs, from GP appointments to hospital care. Estimating monthly health care costs is a bit tricky, as it boils down to the treatments you might need and the prices charged by individual doctors, dentists, optometrists, and so on.
However, it is important to note that you will usually have to pay up front for the treatment you receive. Then you must wait a few days for the public health system to reimburse you for the percentage it can cover. For example, let’s say you have an appointment with your doctor. This could cost around €25, of which 70% is covered by the public health system.

Most people in France have a comprehensive private policy called a mutuelle. This will pay some of the fees not covered by the public health system. Private employers must provide their employees with some form of mutuelle and subsidize at least 50% of the cost. Those who are students, self-employed or employed by the public sector can shop around to find their own comprehensive policies. The cost will depend on your circumstances and the level of coverage you seek. You can use price comparison portals like Assurland and Empruntis to find a policy that fits your budget.
utility bills
EDF and Engie are the largest providers of gas and electricity in France, although there are also many smaller companies to choose from. Electricity and gas will have two costs. One is the fixed monthly “subscription” fee you pay to be with a specific provider. The other is the tariff which is based on how much electricity and gas you actually use, which is measured in kWh.

There are several factors that will influence the price. For example, whether you opt for a fixed electricity rate, or one that fluctuates based on peak/off-peak hours and the seasons of the year. Based on the 2022 prices offered by the main supplier EDF, someone living in a small apartment or studio with a fixed electricity rate can expect to pay around €120 a month for gas and electricity.

When it comes to broadband, TV and landline packages, they come in all shapes and sizes, with monthly costs ranging from €20 or less to €70 or more per month. Price comparison sites like JeChange and Que Choisir can make it easy to explore your options when it comes to home energy and technology bills.

Entertainment and socializing
France is world renowned for its gastronomy, with many of the most influential chefs in history hailing from this country. The good news is that to experience traditional French food you won’t have to pay exorbitant amounts of money at Michelin-starred places. There are many casual bistros that offer three-course lunch menus for around €25. Dining in bistros and mid-range restaurants tends to cost more, around €50 per person for the three courses. You’ll also find pizzas, burgers and kebabs for much less than that.

A coffee in a café will typically cost between €2 and €3, while a beer or glass of wine in a bar will tend to cost between €5 and €8. Of course, it all depends on what you order and where you are. Going to see a movie in France will usually cost you between €8 and €14 per cinema ticket.
Salaries in France
The minimum hourly wage in France is €10.57. According to the latest data released by Insee, the French National Statistical Office, the average salary after tax for French workers in the private sector is €1,940 a month. That is, 50% of people in the private sector earn less than that and 50% earn more than that.