Nubia Z50 Spotted With 80W Fast Charging Ahead of Launch

Nubia Z50 is all set to launch in China on December 19. Just days before its formal debut, the new Nubia smartphone has reportedly been certified on China’s Compulsory Certification (3C) website.

The Nubia Z50 has been seen with model number NX711J and the listing suggests it will offer support fot 80W fast charging.

The Nubia Z50 is already confirmed to be powered by the latest Snapdragon 8 Gen 2 SoC. It will be backed by a 5,000mAh battery.

The listing of the Nubia Z50 smartphone on the 3C certification site was first spotted by Pricebaba. The handset is listed with model number NX711J.

The certification tip that the 5G-enabled handset will come with support for 80W fast charging.

The launch of the Nubia Z50 in China will take on December 19 at 2:00pm local time (11:30am IST) in China. It is confirmed to feature a 5,000mAh battery that is claimed to deliver a standby time of up to 30 days with a single charge.

It will be powered by the latest Snapdragon 8 Gen 2 SoC, coupled with LPDDR5X memory and UFS 4.0 storage.

The upcoming Nubia Z50 is also teased to come with a brand-new 35mm custom optical system. It will also feature support for Starry Sky Photography along with several other new photography modes. 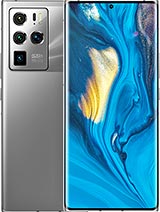 The upcoming offering by the ZTE-owned brand is expected to succeed the Nubia Z40S Pro that went official in China in July this year with a starting price tag of CNY 3,399 (roughly Rs. 4,000) 8GB RAM + 128GB storage variant.

The Nubia Z40S Pro features a 6.67-inch OLED display and a Full HD+ resolution and 144Hz refresh rate. It is powered by the Qualcomm Snapdragon 8+ Gen 1 chipset, paired with up to 18GB of LPDDR5 RAM and up to 1TB of UFS 3.1 storage.

It has a triple rear camera setup headlined by a 64-megapixel Sony IMX787 primary sensor. It offers up to 5,000mAh battery and a maximum of 120W fast charging support.